The Shifting Axis of Cyber Crime

The Shifting Axis of Cyber Crime – A time to re-think defence?

We are thrilled to announce that the first event of ucisa’s 2021 Leadership Programme.

In this inaugural webinar, our special guest Mick Jenkins MBE uses storytelling to unravel the mysteries of getting the best ‘bang for buck’ using modern day thinking around cyber-security and provides an insight in how to deliver strategic business resilience with smart investment. Mick is the CISO for Brunel University London, a former bomb disposal and counter-terrorist intelligence officer, and author of four spy novels with a sprinkle of nation state cybercrime. Mick talks about his life, career, and how he has steered some incredibly innovative changes at his organisation to turn its cybersecurity approach around.

With cybersecurity now a top strategic priority for senior leaders across the sector, Mick’s webinar will be a pertinent introduction to our high-level thought leadership programme, a series of virtual events designed to deliver the catalyst for creative and innovative thinking that members usually look to our annual Leadership Conference to provide.

Special thanks to Mick Jenkins for opening ucisa’s Leadership Programme with this extremely pertinent and inspiring session. To whet your appetite, Mick has kindly produced a ucisa Director’s Cut - which we hope will provide food for thought.

Remember that ucisa on-line events are free to attend and anyone in your institution can join the session, so why not consider inviting along leaders from other directorates or faculties? Cyber security awareness is critical for everyone in our sector and Mick is an exceptional storyteller who makes cybersecurity issues accessible and comprehensible to all. 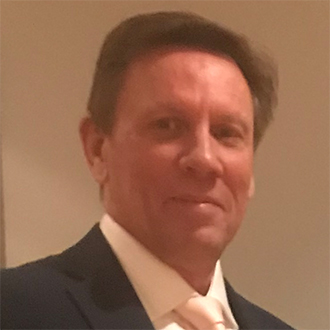 Michael is a former Defence Intelligence officer and counter terrorist bomb disposal officer having served in the British Armed Forces for over 28 years. Michael worked extensively in compartmented intelligence operations where his knowledge of Information and cyber security good practice was developed, allowing his skills to migrate to the public and private sectors leading cyber capability development programmes, and optimising information assurance maturity levels. Since leaving the services, Michael has worked for an ultra-secure data centre company, the London 2012 Olympic games, an adviser to the European Defence Agency, and ongoing advisory roles. He is well versed in helping shape executive C-suite level thought leadership for privacy and cyber security and is the author of four Spy Thriller novels with a sprinkling of nation-state cyber-crime.

The Shifting Axis of Cyber Crime – A time to re-think defence?