Improving focus and productivity with GitKraken and GloBoard

21 November 2018 - Improving focus and productivity with GitKraken and GloBoard

Web development is a constantly evolving discipline. Keeping up to date with current trends and technologies is mandatory and with the help of the ucisa bursary programme, I was able to attend the DeveloperWeek Conference in Brooklyn, New York City. This conference included an expo, a hackathon for seven different challenges, five stages, and company representatives from Silicon Valley, and Japan. I also met developers from around the world, learnt agile team management techniques from people on C-board level, and discovered the latest tools available to improve my own personal and team’s development.

Attending this two-day event has been hugely beneficial for me and I’ve so far shared my new-found knowledge with colleagues and the developer community in London. For example, there are two tools that I came across, which I found exceptionally useful: GitKraken for version control and GloBoard for collaboration. I have integrated them into my team’s workload at City, University of London and noticed the improvement in my team’s focus and productivity.

When multiple developers are working on the same codebase, code-conflicts can happen, bugs can be introduced, wrong files may be accidentally deleted. Version control can help teams to retrieve earlier versions of their working source code.

By using Git as your distributed version control system, you can cover the following areas:
• Collaboration by allowing developers to work on multiple versions of the same codebase simultaneously
• Reviewable and restorable previous versions of the same code
• Test alternative features before production release
• Back up your code to a remote server.

There are several platforms to make Git work with a web interface and amongst them Github is the web community’s favourite. In 2018, it has 28 million users and 56 million repositories. Github also offers you free public repository hosting, access management, editing tools, issue tracking and more.


What does GitKraken offer?

GitKraken by Axosoft is a Git-client software that has a fun look and its intuitive user interface helps developers and non-developers equally, to understand what is happening with the source code.

As Bruce Bullis, Senior Engineering Manager of Adobe Pro Video Integration, states “software with a personality, makes you want to use it”.

The Web team at City, University of London have started to use GitKraken and have noticed the positive results. Personally, this new tool has helped me to track progress of different feature branches and it saves me time by allowing me to resume back to earlier versions, without looking for abstract commit numbers. It also makes on-boarding quicker, as I have noticed with new developers, who do not know how to use the command line, can start contributing to the codebase straight away and allows them to concentrate on the important work at hand.

Axosoft has another product called GloBoard (https://www.gitkraken.com/glo). It is the extension of Gitkraken and it introduces source code workflow by allowing Git-issue synchronisation with their Git-client. My team started to use GloBoard as a scrum board, where we organise our backlog cards into designated columns. It is very similar to how Trello cards work. The benefit of using one integrated system, is that it reduces time loss and there is no context change. Once you make a Git-commit and finish a task, you can move the designated card from the progress queue to a finished status instantly, without logging into a different system. 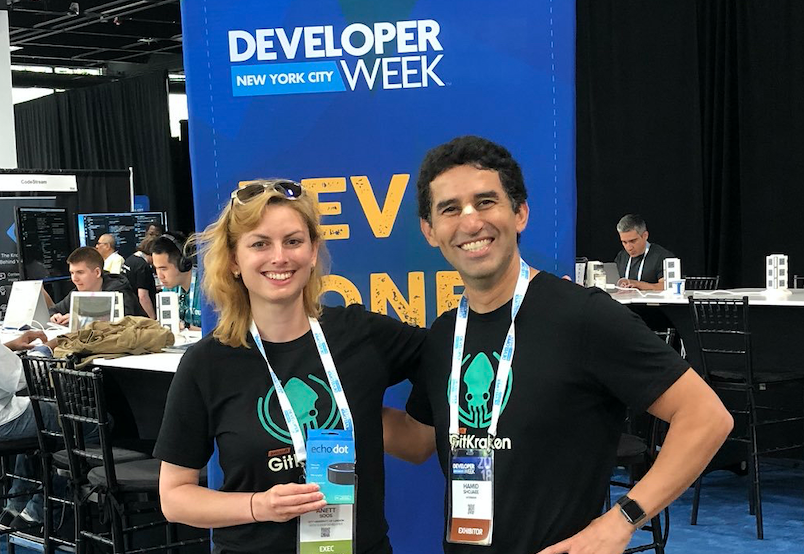 At the time of the conference this software was not fully developed, and it was very exciting to talk about the product with Axosoft’s founder, Hamid Shojaee. 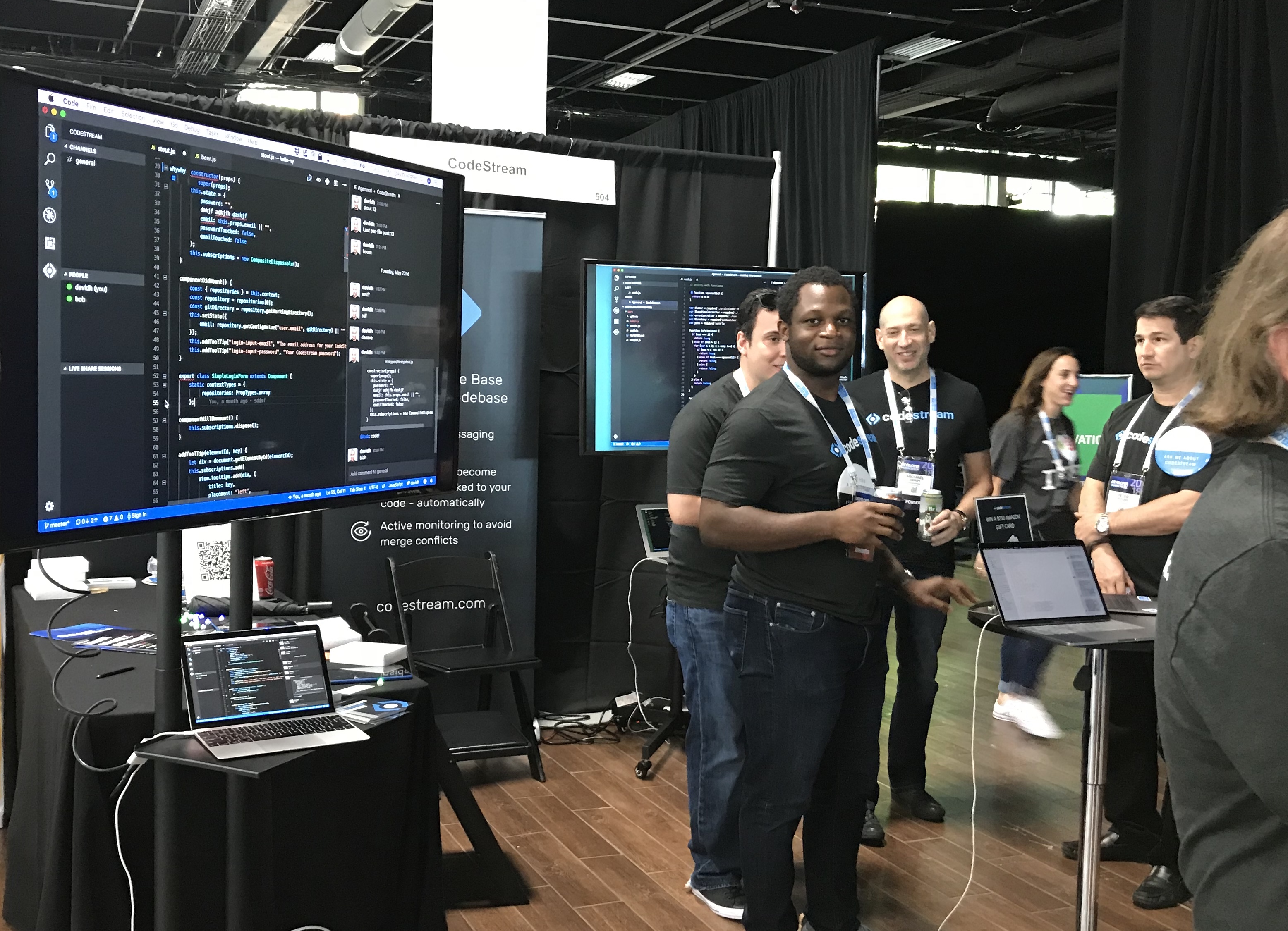 There were lots of other great ideas, for example:
• code chat and documentation from CodeStream (https://codestream.com);
• developer recruitment applications from Codility (https://app.codility.com/).

These tools are still in the testing phase in our team but hopefully in the near future, they will make our team’s life easier. We are continuously looking to test and innovate our workflow.

Being on this conference has allowed me to talk to entrepreneurs like Hamid, who are creating these innovative tools. Giving early feedback on beta versions of products makes me feel part of the development project. It was truly a fantastic experience to be part of it.