Highlights from day three of CISG-PCMG19

Reviewing your VLE
Are you thinking of reviewing your VLE? Sally outlined the areas we need to think about and how the ucisa VLE Review Toolkit can guide you through the process. Constructed using interviews from eleven experienced HE professionals and eight supplier representatives, the Toolkit considers topics such as requirements gathering and prioritisation, evaluating tenders and hosting The resources section of the Toolkit contains templates and examples provided by universities.

Performance testing: better, faster and smarter
After giving an introduction to KEATS (King's E-learning and Teaching Service) , Jonathan outlined how King's College is working with Infuse to utilise load and performance testing. This new coordinated approach has given the institution the ability to baseline Moodle and SITs and effectively stress test under load. This is an ongoing project which is applicable across a variety of technologies. Kings and Infuse are making the testing scripts available to other universities and colleges to facilitate benchmarking across the sector.

Don’t be led by the laggards
In “People Resist Change … Or do they?” Nicola described how her team employed a user approach to adoption for Strathclyde’s award-winning cyber security programme. She explained how she first approached the most “cyber savvy” colleagues in her institution as they would go on to be early adopters for the initiative in the institution. The programme office also decided to aim their engagement activities squarely at the early and late majority; the laggards aren’t worth your effort. A lesson for us all!

Be the distruption
Priya Lakhani OBE provided the closing plenary session starting off by describing how she (and her father) overcame the barriers that were put in her way when she was at school to become a successful lawyer, then create a new start up food retailer that supported children’s schooling and health (by providing vaccines). This inspirational story was just the precursor to the main part of her presentation which described how she became involved in developing an education solution that uses artificial intelligence.

It’s a wrap
Thank you Paddy and Sally and the ucisa Corporate Information Systems and Project and Change Management Group Committees for a brilliant conference. Enormous thanks too to all our wonderful speakers, sponsors and exhibitors.

A final thanks to you, the delegates, and the vital part you play in the ucisa community.

See you next year! 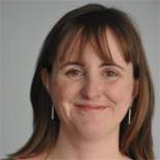 written by Anna Mathews, Head of Policy and Projects